A 100-room luxury hotel, Foundation Hotel, is the new assignment for this near century-old firehouse in Detroit. It will also include a bar and restaurant. 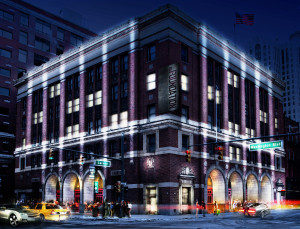 Even in otherwise rundown cities like Detroit, the firehouses have stood more than the test of time, even decades of municipal neglect, said Michael Poris. Because the headquarters firehouse contained many offices for various chiefs, arson investigators and code inspectors, converting the offices into rooms was fairly easy, and many of the original fittings were retained, said Poris. “We’re keeping the tile in the kitchen as well as the marble floors,” he said.