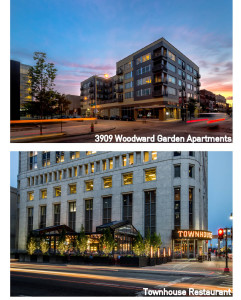 The legacies and possibilities of Motor City motivate and inspire design team. When it was unfashionable to do so, two Detroit architects believed in the city and saw potential. Michael Poris and Douglas McIntosh grew up in Detroit and each earned architecture degrees at the Univ. of Michigan. The pair decided to return to Michigan in 1994, where they started McIntosh Poris Associates that same year. “We thought we could make a difference in our hometown and community,” Poris said. “We felt Detroit was like Berlin after the war—full of opportunity.