Checking In on Detroit, Three Years After Its UNESCO City of Design Designation 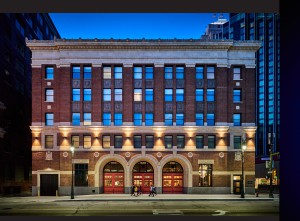 Walking around downtown Detroit, it’s clear that the city is not yet on par with creative capitals like New York and Berlin, but changes are certainly brewing. Last year, the Detroit Foundation Hotel debuted in the former headquarters of the Detroit Fire Department, with an industrial-chic design by Simone Dreary Design Group and local firm McIntosh Poris Associates and a restaurant by Michelin-starred chef Thomas Lents.