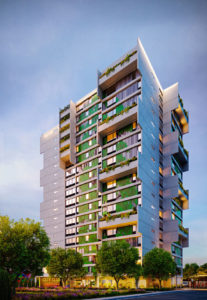 A nearly 50-year high-rise in Detroit, near Lafayette Park is getting a $25 million renovation with some affordable units.  The former 18-story Elmwood Park Plaza on Chene Street will be converted into the City Club Apartments after an approximately $10 million investment. Developer City Club Apartments is marketing the changes as those of a “5-star hotel with the very best of urban living and lifestyle.”

McIntosh Poris Associates is the lead architect and BKV did the interior design. The first residents are slated to move into the new units in March this year.