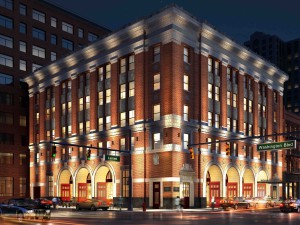 Michael Poris, whose firm, McIntosh Poris Associates, is project architect for the Foundation, says the desire for such spaces is a response to an increasingly homogenized world. “So many places are the same that people crave difference,” Poris says.

The 1929 neoclassical downtown landmark is set to open May 15 as the 100-room boutique Detroit Foundation Hotel. It’s part of a trend toward historic adaptive reuse that has travelers overnighting in former department stores, textile mills, an auto assembly plant and even a 19th-century jail.