Thousands of downtown Detroit apartments are on the way 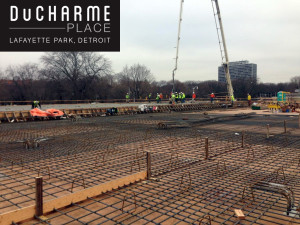 The first wave of apartment projects in recent years involved conversions of empty 1920’s-era office buildings. But with downtown’s supply of available empty buildings dwindling, developers are starting to build on vacant land. The DuCharme Place, Orleans Landing, and other projects are all being built fresh from the ground up

Mostly the new construction reflects market demand as developers respond to the increasing desire of young, educated professionals to move to the downtown area — a trend virtually unknown just five years ago, when major employers were actually paying incentives to their workers to make the move.